On October 30, 2019, the Scientific Library had held a round table on the theme: “The Latin Alphabet – the Foundation of Independence”. The project in order to promote the transition to the Latin alphabet is conducting. 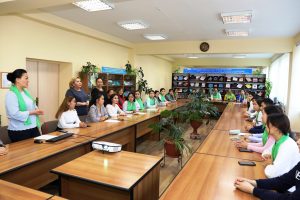 The moderator of the round table, Zhadyra Abatova, the head of the department of automation of the scientific library opened the event with her speech, said about the perspectives of translating the Kazakh alphabet into Latin script, and gave the floor to students. 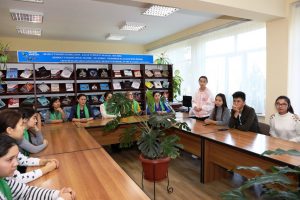 Librarians of the scientific library, teachers and students of the university attended this event. 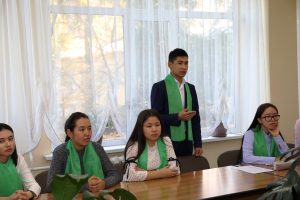 They discussed the importance, significance of adopting a new alphabet based on Latin graphics during the event.

Muldabekova K.T., the head of the department “Foreign Languages” made a speech and clarified the need to switch to the Latin alphabet. 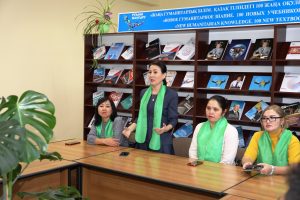 Khaki Sh., Kobei B., Bolatova A., students of 1-2 year courses of specialties: “Plant Protection and Quarantine”, “Water Resources” and “Accounting and Auditing” expressed their opinions and asked various questions.

Madibaeva B.K., the head of the Department of Reader Services answered the questions of participants of the event. 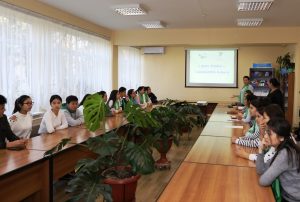 Information technology is constantly are developing. Therefore, it is necessary to match the new requirements of information culture. Abatova Zh., in this regard, introduced the methods of fast typing of Latin graphics from the computer keyboard.

Students received the information and understand the importance of the transition to the Latin alphabet.